Back for another episode of the pilot, the barber shop becomes a murder scene. Do you think the guys will do the same as any other normal person? Of course they don't! Let's see what unravels....


Directed by Carly Cussen
Posted by QoS at 12:23 No comments:

Yay! It's another episode in the barbershop!
I wonder what dramas will unravel this time....

I've always thought myself a bit of a food boff, until recently when I discovered that wine erodes your teeth! So no longer resting on the laurels of what I consider the 'normal rules of healthy eating' such as avoiding large amounts of salt and sugar as well as fried foods and making sure I get my 5-a-day, it's time to increase the knowledge!


Stepping out of the comfort zone and exploring new things, what we eat, how we cook and learning about how different foods effect our bodies can be quite eye opening. I especially like this new campaign from Sensodyne Pronamel...


I used to turn my nose up at 'healty foods' and 'healthy eaters'... That was until I gave it a try for a while and started to feel (and see) the effects. Not to mention I found this picture of 2 year old fast food a major deterrent... The bread isn't even moulding! 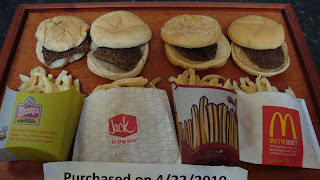 UK Film: The Man Inside (Trailer)

Starring Ashley ‘Bashy’ Thomas as the lead, David Harewood (who currently stars in Homeland), Peter Mullan, and Michelle Ryan (Zoe Slater from Eastenders) as the love interest and Jason Maza.

Clayton Murdoch (Ashley Thomas) carries a terrible darkness inside him. As a boy he was exposed by his father (David Harewood) to murder and gang culture. With his father now in prison, Clayton struggles to overcome what he was groomed to become, in a city where every day there is a constant threat of violence and death. Clayton channels his aggression into boxing. Controlled, powerful, contained. However, when the violence starts to destroy his own family, Clayton loses control and the darkness within him is unleashed. Now he wants to get the revenge against those who have taken his loved ones and is forced to ask the one man he fears the most for help, his father. With everything around him falling apart and the full shocking fury in him let loose, Clayton must look death in the face and find out who is the man inside.


Scheduled for release this Summer
Posted by QoS at 17:42 No comments:


In association with XBox and created by Microsoft, Kinect Star Wars is the free application for smart phones operating on the iOS operating system. Allowing you to view your Facebook and Twitter newsfeeds in the same fashion of the STAR WARS opening title sequence, you can now enjoy social networks while feelin the force within the palm of your hand.


Marking the release of 'Kinect Star Wars', the latest XBox game for the revolutionary motion-tracking technology which allows gamers to to be controller free, within Kinect Star Wars players are able to see if they have the true ability to combat like a Jedi.


The games at a retail price of £39.99 and the console bundle available at £349.99 this would make a great present for any Star Wars fans *hint hint*.

This post has been sponsored by Kinect Star Wars
Posted by QoS at 17:15 No comments:

Currently being broadcasted on Channel 4, Hidden Talent is a show that explores what underlying talents people have which are yet to be discovered. While watching it's inevitable to wonder whether you also have a hidden talent? Channel 4 has now teamed up with American Express to take the concept of the show further, with a range of online interactive test on their Facebook page which you can share and compare amongst family and friends.

Born in the 80’s to Rastafarian parents, it’s needless to exert how much relevance Bob Marley held within my household growing up. Whilst most parents declared Bob Marley as regimented listening on a Sunday afternoon, within mine it was all around the calendar and clock. The Sunday rule was only passed later in childhood within my household, as myself and brother started to explore dance, soul, hip-hop and other genres dubbed ‘Boof Boof Music’ by my mother. Slyly suggesting it was blasphemous to be played on a Sunday because it sent the wrong messages, as opposed to the peace, love and unity Bob Marley was an ambassador of.

Still as a child I idolised Bob Marley in the same way, if not greater than Michael Jackson. Whenever his music played within the home, it carried harmony, like that found within a sanctuary. Through my adoration, I learned about other factors of life, such as inter-racial relationships and I still remember to this present day the upset I felt within as I learned that Bob Marley had passed years before I was even conceived, let alone born. In a way, it made me love him and his music even more.

Digging deeper in exploration, I discovered music from ‘The Wailers’ Peter Tosh, Bunny Wailer and others, leading to the first concert I ever attended to be that of his son Ziggy Marley. But admittedly, there was still so much I didn’t know at the point I became more submerged into my ‘Boof Boof Music’ as I revelled within my adolescent years.


Marley – the docufilm – gives an insight into Robert Nestor Marley I would never had found through my own investigations. From his creation, we learn about his parents and the family life he was born into. The struggles he faced as a young man and how he found peace within Rastafarianism. The musical journey he travelled before and after the world knew his name, a journey that opened doors for many of musicians including those in the present day.

His humility when interacting with others, as well as the pain and suffering he overcame at various points of his life. Bob Marley was a man with characteristics many could benefit from if they were adopted. Yet while he is known for his masses of offspring, none of the women in his life had a bad word to say about his conduct with them or his relationships with his children.

But while I will state that this docu-film is about a decade overdue (if not longer), finding out more detail about his death and the cancer that eventually killed him, was quite an emotional yet informative experience. Knowing that a man who was present in Zimbabwe celebrating their independence, while also bringing peace to violent political warfare in his home country of Jamaica. As well as being prominent in the UK, US, Japan and anywhere else on the globe, can still be brought to an end by illness, magnifies that all of humanity is here by the grace of a higher power on borrowed time. Bob Marley died young, leaving a legacy greater than any achieved by his white family who disowned him. But his actions showed that purity of the heart can take us further than any amount of anger or bitterness. For that reason, I would recommend this film to not only those that love Bob Marley and/or his music, but to everyone!

Host of Choice FM's breakfast show and well known on the MTV Base platform, comedian Kojo sold out both 'Live & Kicking' shows earlier this year at Hackney Empire. A great moment in history aptly recorded, Kojo is getting ready to release his first ever comedy DVD....

Make sure you keep an eye out for this when it gets released later this year!
Posted by QoS at 14:20 No comments:

A collection of the moments I have been the interviewee

Send me your sounds